On the 4th and 5th of May 2017, the HCWH Europe Annual General Meeting (AGM) and GGHH Europe members meeting took place at Vivantes Hospital Neukölln in Berlin. The two day meeting served as a opportunity to learn about the innovative work taking place at member institutions around Europe. It also provided important space for networking and collaboration amongst and with members as the European network of members continues to grow and strengthen.

The event also saw the second meeting of European members of HCWH’s Global Green and Healthy Hospitals (GGHH) network, and members from France, Germany, the UK, and Spain strategized and learned more about the new tools and resources that GGHH offers.

Josh Karliner, International Director of Program and Strategy at HCWH, introduced the global work of HCWH and spoke of the three major overarching goals of the organization: to protect public health from climate change, to transform the supply chain, and to build leadership for environmental health. 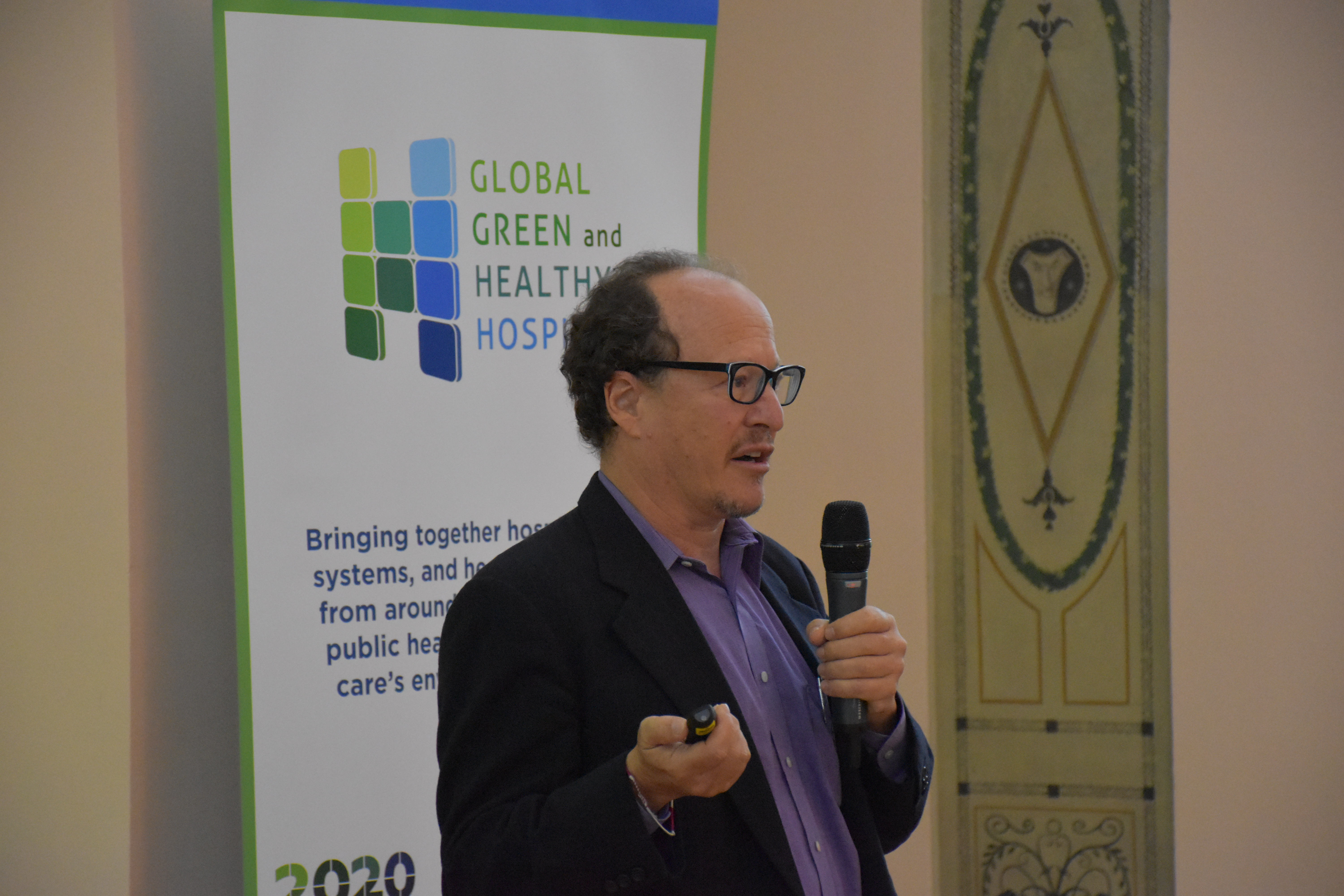 Nick Thorp,Global Green and Healthy Hospitals Community Manager, and Alejandra Livschitz, Communications Coordinator for Global Projects at HCWH, then introduced the tools and resources available for GGHH members, including GGHH Connect, an innovative online platform that allows members to connect with leading hospitals, health systems, and experts from around the globe and Hippocrates, the first international platform of its kind designed for the health sector to measure actions towards reducing its environmental footprint. 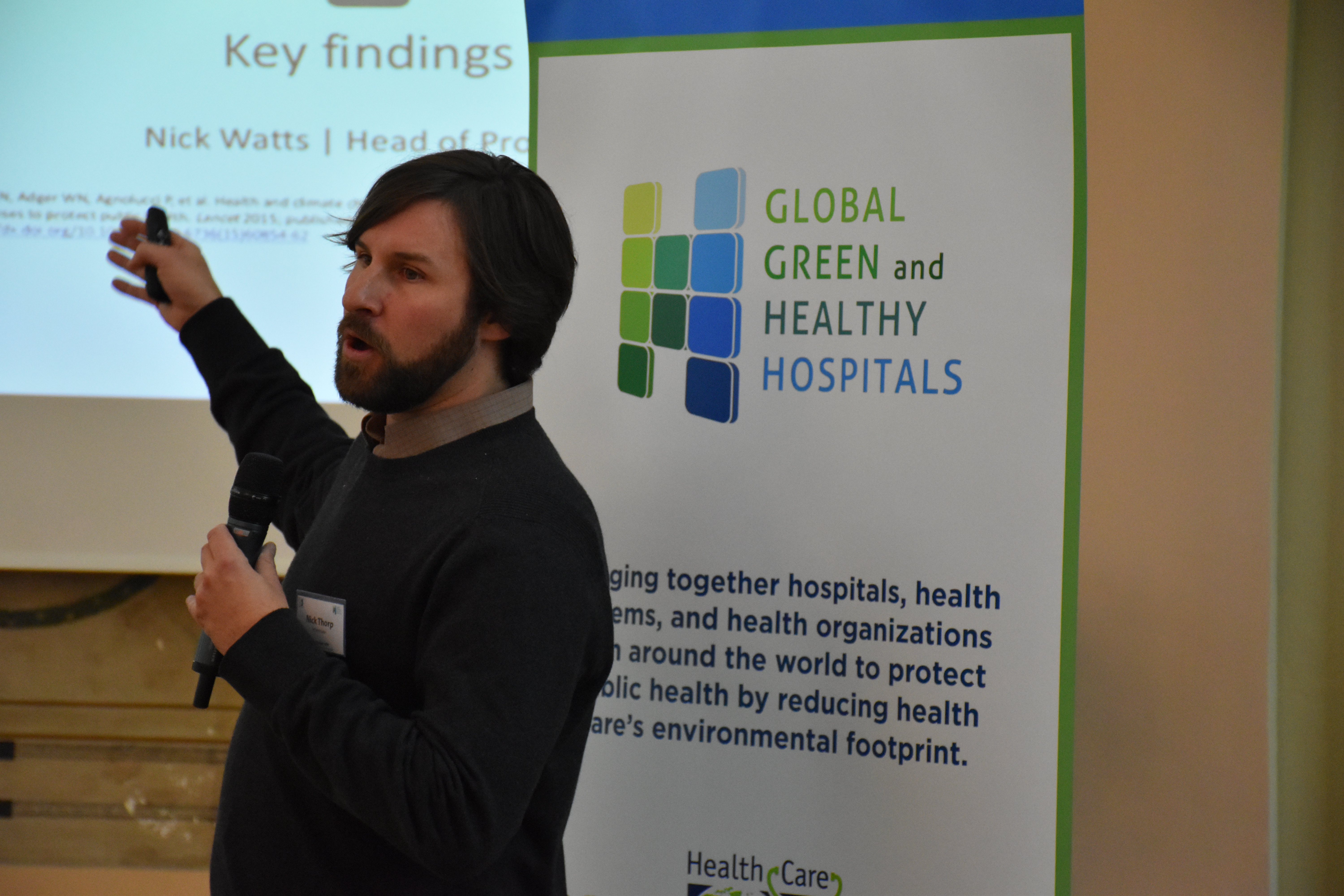 In a special ceremony during the event, GGHH staff presented Klinikum Neukölln with a Gold Award for their greenhouse gas reduction efforts as part of the 2020 Health Care Climate Challenge. The Challenge provides global recognition for members’ leadership role in the movement toward a low carbon health sector and a healthy climate. By using their innovation, ingenuity, investments, and voice, Challenge participants are reducing their climate footprint, developing low-carbon models of care, adapting to stand resilient to a changing climate, and advocating for policies to protect the future health of the planet. 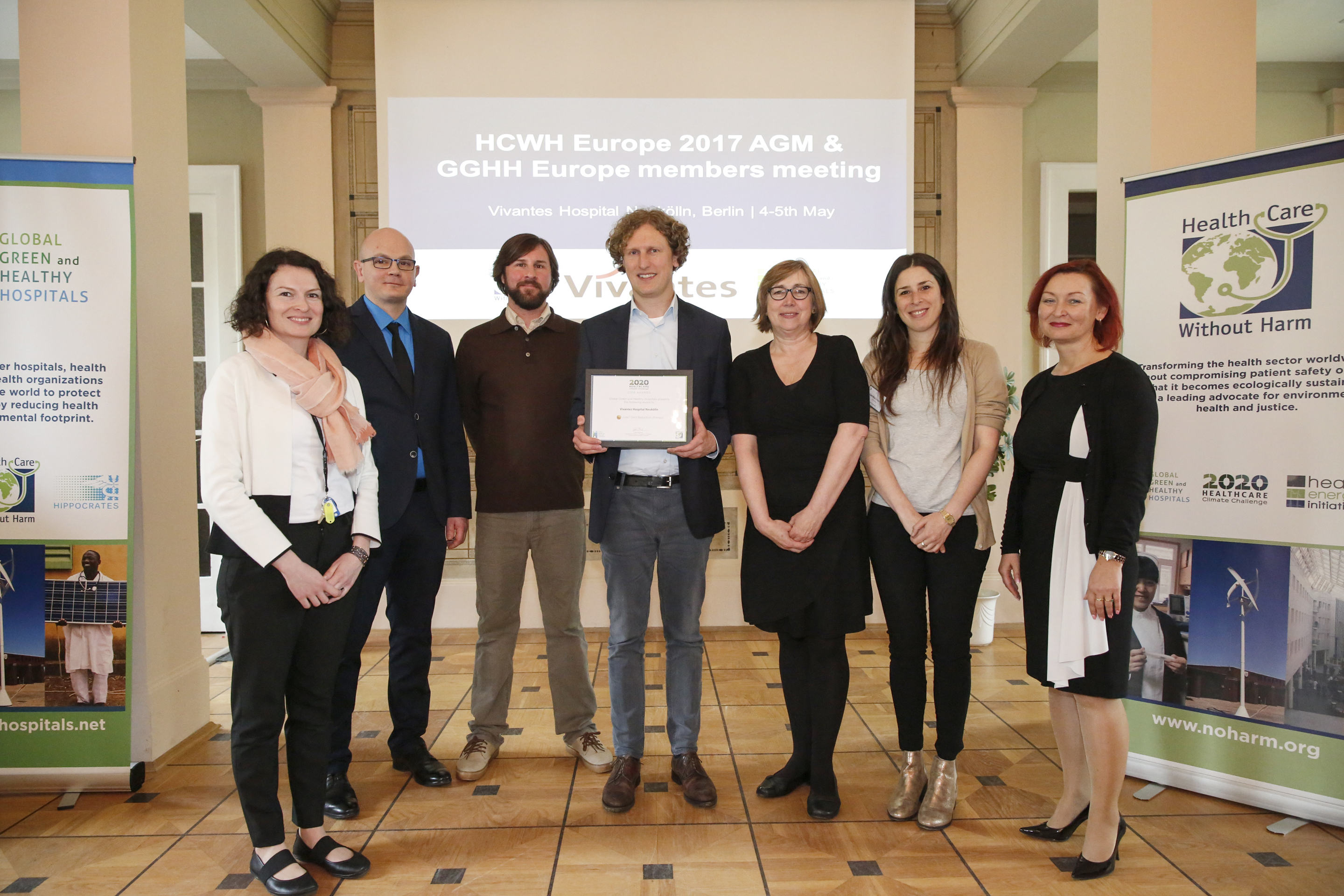 After lunch, the conference ended with site visits for all of the participants.

At the first of these site visits, the group visited Wenkebach Hospital, which is also part of the Vivantes network, and learned about the energy cogeneration unit there. The staff at the hospital explained how the CHP (combined heat and power) unit worked and how the contract for the unit included energy and money saving measures so that the hospital could reduce emissions and save money over time. The tour concluded with a visit to the social hospice service, which is also on the grounds of the hospital.

In 2012, the Ministry of Food and Agriculture of Germany launched the “Too good for the bin” initiative to reduce food waste among consumers and along the entire supply chain. The Vivantes Hospital group has been part of this initiative for a number of years and this site visit involved a guided tour of the network’s second and largest food distribution centre in South Berlin – where more than 5,000 meals are prepared every day for both patients and employees.

This facility, which operates from 8am to 10pm, prepares the meals, distributes them to the different wards in hospitals, and takes back the used trays. Waste is sorted into organic, paper, glass, and plastic waste. In addition, plates and cutlery are washed for re-use.

Kitchen staff and ward staff are trained to prevent food waste and educated about the economic and environmental benefits of reducing waste. To this end, the food distribution centre have also introduced an electronic meal ordering system, different portion sizes, and improved aesthetics of meals. 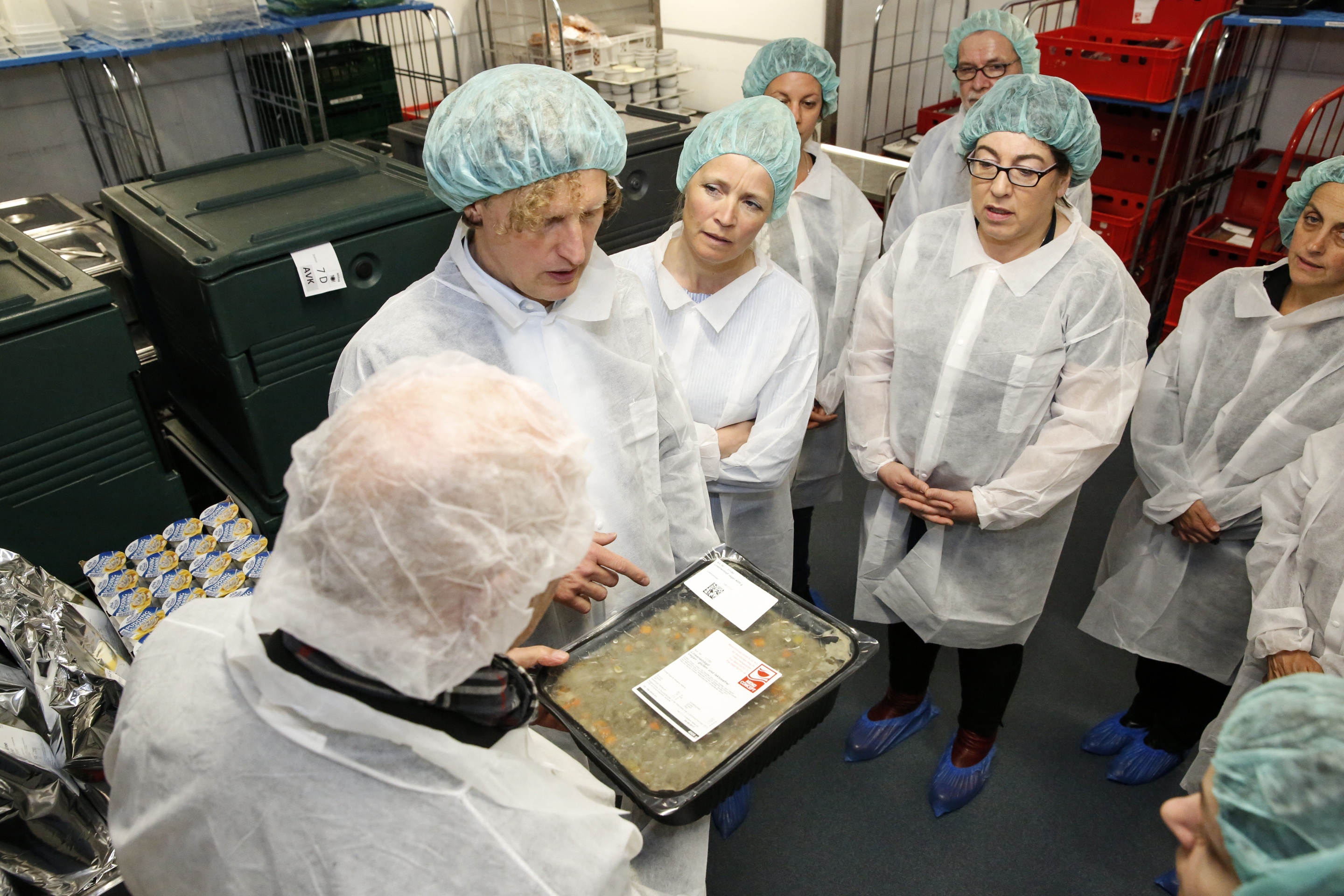 Another group visited the cardiology departments of Klinikum Neukölln. In the hybrid operating theatre, staff showcased a new radiation protection suit. The hospital had found that the previous protection suit (which weighs between 5-10kg) was causing the doctors back pain. Klinikum Neukölln sought out to address this issue for the well being of the staff – and in close collaboration with their procurers – a new, more comfortable product was developed.

On this tour, participants also learned about the new technologies being developed for open-heart surgery at the hospital, which aim to significantly reduce the risks of such an intensive operation, particularly for elderly patients.

The measures being taken by Klinikum Neukolln to prevent AMR amongst patients were also presented. The hospital has developed a prevention strategy that includes a guide for most infectious diseases. This information has been disseminated to all staff in all departments to educate the workforce about prevention procedures. Part of the strategy includes a system for tracking consumption of antibiotics in patients. As a result of this new strategy being implemented, Klinikum Neukolln has seen a reduction in antibiotic use by 6% in 2016.