A new report released by GGHH member and 2020 Challenge participant, the Sustainable Development Unit (SDU) for NHS England and Public Health England, shows that the NHS has reduced its carbon emissions by 11% between 2007 and 2015 – exceeding the 10% target set in 2009(1). The wider sector, which also includes public health and social care, has seen a 13% reduction over the same period. This is a highly commendable achievement considering health and care activity in the UK has increased by 18% since 2007. 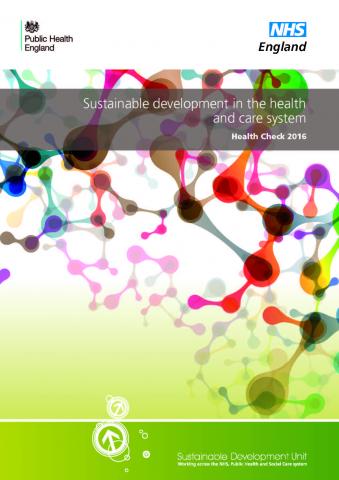 The Sustainable Development in Health and Care Report details the factors that have contributed to the reduction. These include a 16% reduction in carbon emissions in relation to procurement, a reduction in energy emissions by 4%, and a 5% reduction in travel.

These reductions have lead to a number of co-benefits, which include significant cost savings for the sector. As well as the wide-ranging and long term health benefits from a reduction in carbon emissions, Improvements in building energy use through actions such as combined heat and power systems and staff behaviour training programmes, have contributed energy savings of £25m in the last year.

Speaking of the launch of the report, David Pencheon, SDU Director said: “Meeting this first target is a great achievement for the NHS and wider system and shows that as a sector we’re taking this challenge seriously. But we know we need to do a lot more to meet future ambitions. Our forecasts show there are a number of ways the sector can save more carbon – and we will need to find even more in the future.”

These “future ambitions” refer to an 80% 2050 carbon emission reduction target set out in the UK Climate Change Act in 2008(2). Despite the positive figures released today, there is still a significant need for innovation, as forecasts in this latest report show that if the NHS continues to cut emissions at the same rate, the sector will reach a 30% reduction by 2050, some way off the 80% target.

The next milestone towards the Climate Change Act target is that of a 34% carbon emission reduction by 2020, and the report outlines a number of ways in which the NHS can achieve this, including:

Congratulating the SDU on the release of the report, HCWH Europe Executive Director, Anja Leetz, said:

“This latest report and figures from the SDU shows that the healthcare sector can lead from the front when it comes to reducing carbon emissions and tackling climate change. Just like the agreement signed in Paris last December, this is an important first step on a long road and much more work needs to be done to reduce the overall carbon footprint of the healthcare sector and other sectors in Europe. We were delighted to recognise the SDU’s contribution to tackling climate change by awarding them two awards as part of our 2020 Challenge last Decemer. I hope that this will inspire more hospitals, health and care centres across Europe to follow suit and join the Global Green and Healthy Hospitals network and make real commitments and take concrete and measurable steps to reducing their own impact on the environment. Only if all sectors reduce their emissions we have a real chance for human survival on our planet.”

Health Care Without Harm recognised the organisations achievements in Paris last December, where the SDU for the NHS, Public Health and Social care in England was awarded Gold awards in the Energy Greenhouse Gas Reduction and Climate Leadership categories at the 2020 Health Care Climate Challenge Awards. The awards are a Global Green and Healthy Hospitals initiative and were presented at the Conference on Climate Change and Health Care, which took place in Paris on December 4. 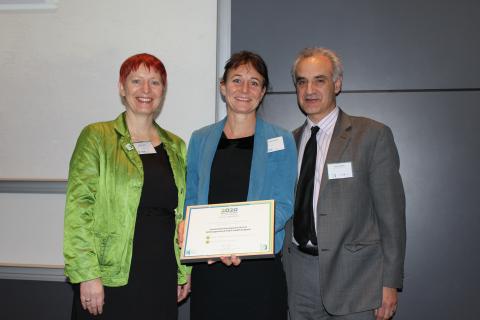 The good work being done by the NHS is also strongly supported by the UK public, who recognised the importance of the agenda shown by recent public survey results commissioned by the SDU. The results, featured in the report, show 92% of people think is important for the health and care system to work in a more sustainable way and 25% believe it should be a top priority – both increases since the survey was last conducted in 2013. 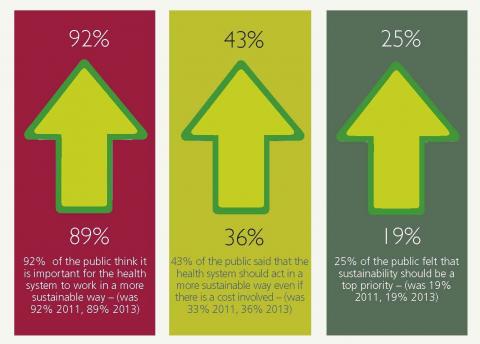